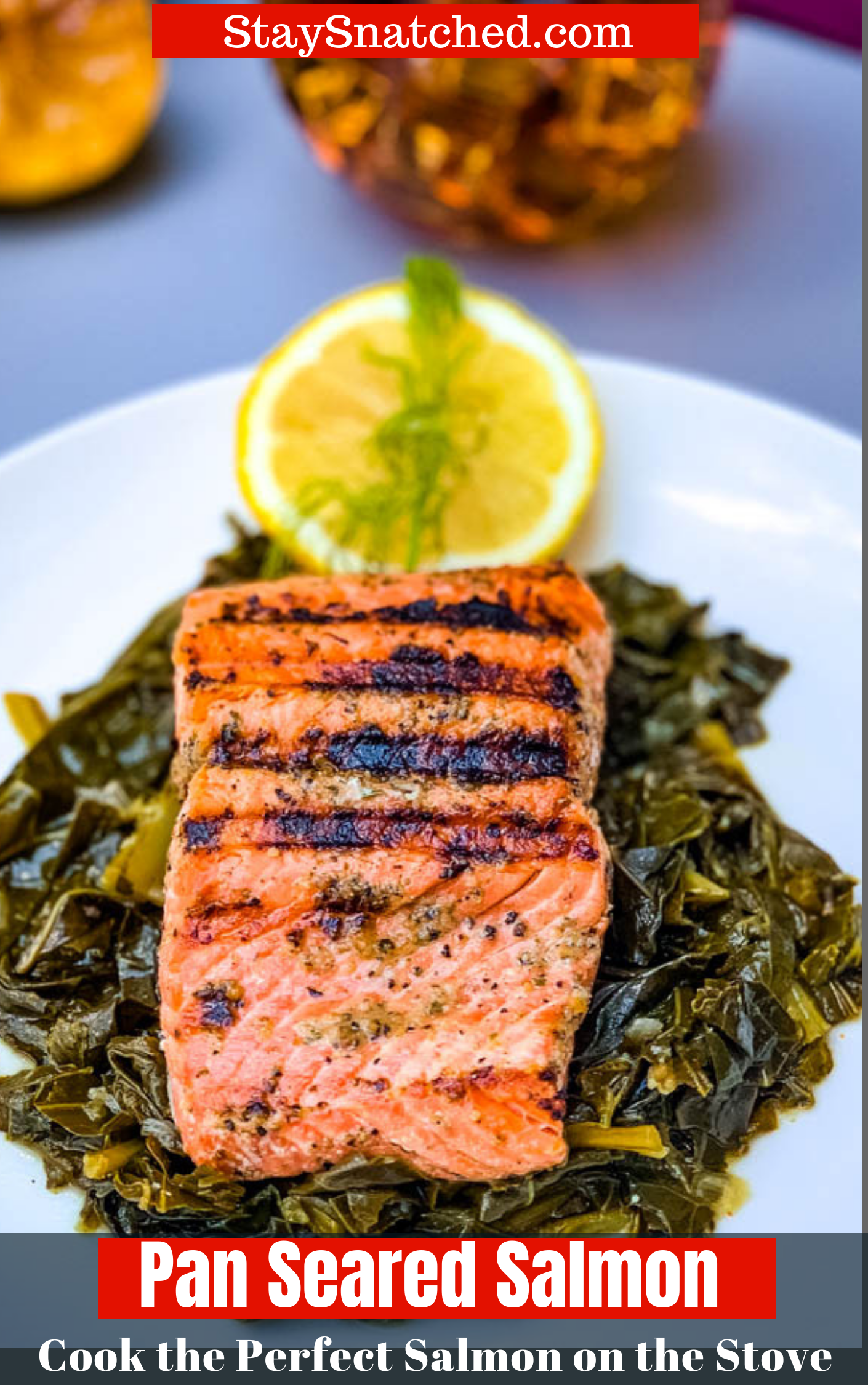 Add salmon and cook until bottom is golden 5 minutes then flip. 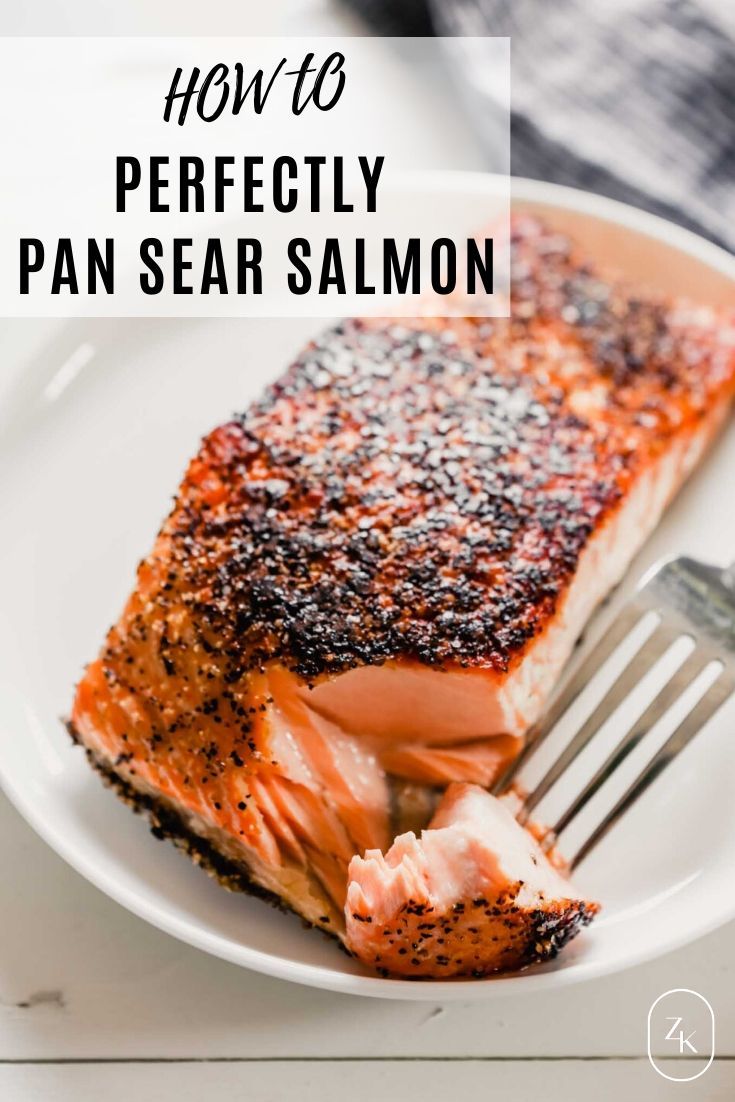 Salmon recipes on stove. Place salmon skin side up in the pan and sear for 4 minutes. Advertisement Step 2Coat salmon with olive oil. Then season with salt and pepper to taste.

Instructions In a small bowl whisk together honey lemonlime juice garlic salt and pepper. Squeeze 1-2 teaspoons of. Showing 1-18 of 34.

Step2Heat canola oil in a 12-inch skillet over medium-high heat until shimmering. Season all over with salt pepper. First prep salmon by patting with a paper towel to remove moisture.

Season fillet with salt and pepper and any other spices you love. Cook until golden brown on 1 side about 4 minutes. In a medium bowl whisk together honey soy sauce lemon juice and red pepper flakes.

Directions Step1Pat salmon dry. Place salmon filets flesh side down. Place the salmon fillets skin side up in the pan.

Pat 4 salmon fillets dry with a paper towel and season with 1 teaspoon kosher salt. Place salmon fillets in a large resealable Ziploc bag and pour marinade over. Heat the oil in a 12-inch nonstick skillet over medium-high heat until hot and shimmering.

In a large skillet over medium-high heat heat oil and butter. Reduce heat to medium-low then add a salmon fillet skin side down. Season the salmon fillets with salt and pepper to taste.

Heat oil and butter in skillet. Let cook then flip. Place 2 tablespoons of butter and 1 tablespoons minced garlic into a skillet and set over mediumhigh heat.

Squeeze as much air out as possible and. Place fillet in skillet. Heat the olive in a large non-stick pan or skillet over medium-high heat until hot.

Heat the olive oil in a large skillet over medium high heat. Turn the fish over with a spatula and cook until it feels firm to the touch and the skin is crisp if. Cook the salmon without moving skin side up until golden and crisp about 4 minutes.

Add about 1 teaspoon olive oil to a heavy skillet then swirl the pan so theres a. Add the salmon skin-side up and and sear until golden-brown on the bottom about 4 minutes. Directions Step 1Stir together the garlic powder basil and salt in a small bowl.

Flip and sear the other side of each filet. Preheat large non-stick skillet on low – medium heat and add oil making sure it. Heat 2 tablespoons olive oil in a large skillet over medium-high heat until shimmering.

Cook the salmon in the butter until browned and flaky about 5. Cook undisturbed for 5 minutes or until a golden brown crust forms. In a large skillet over medium-high heat heat two tablespoons oil.

Cook for 3 minutes. Press firmly in place for 10 seconds using the back of a flexible fish spatula to prevent the skin from buckling. Place the salmon skin-side up in the pan. 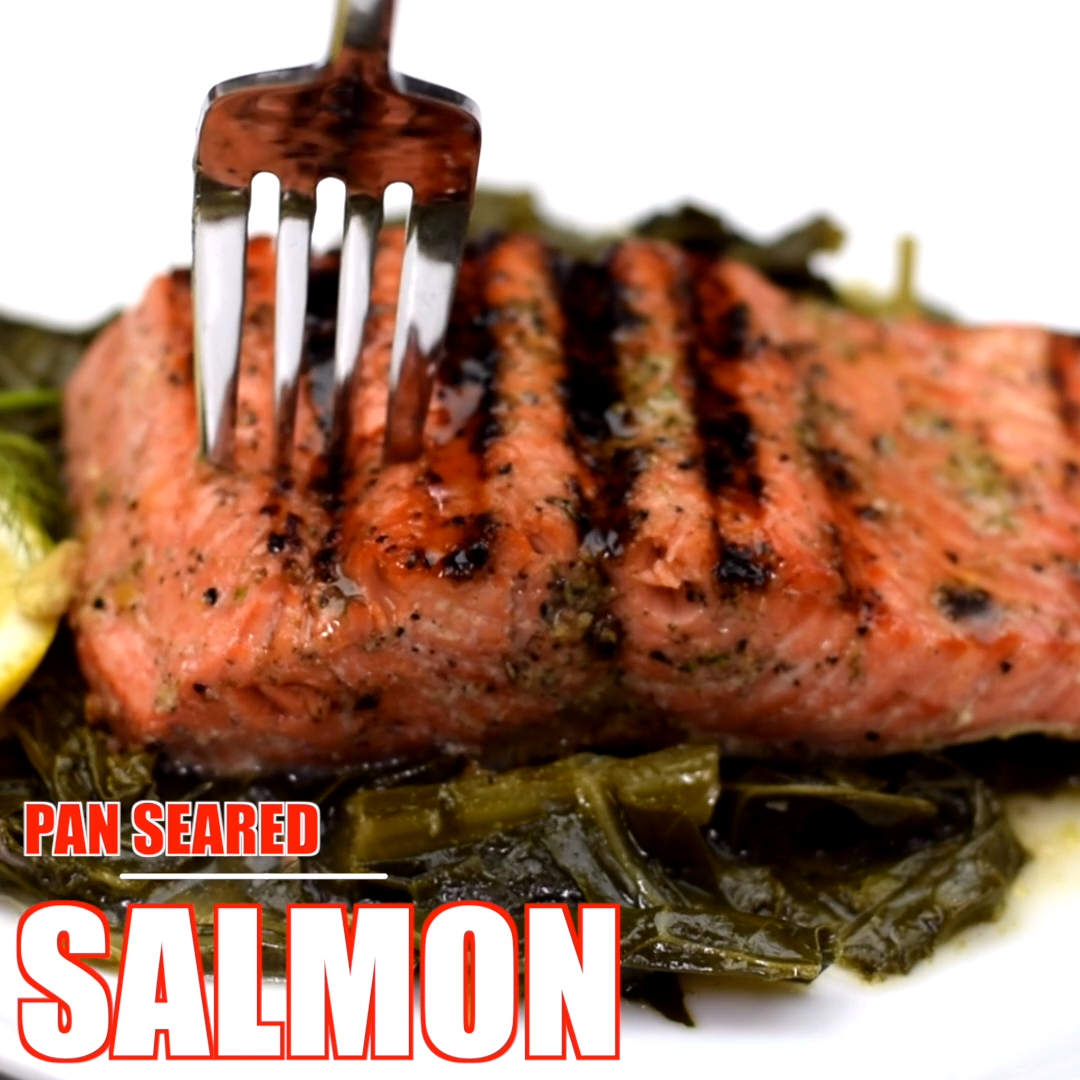 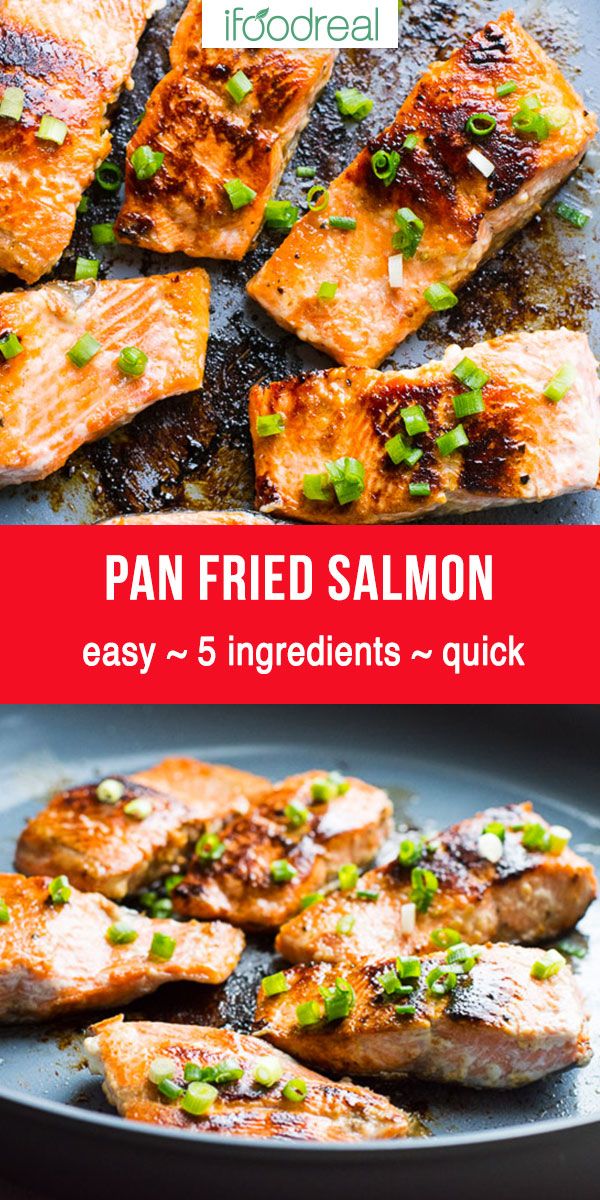 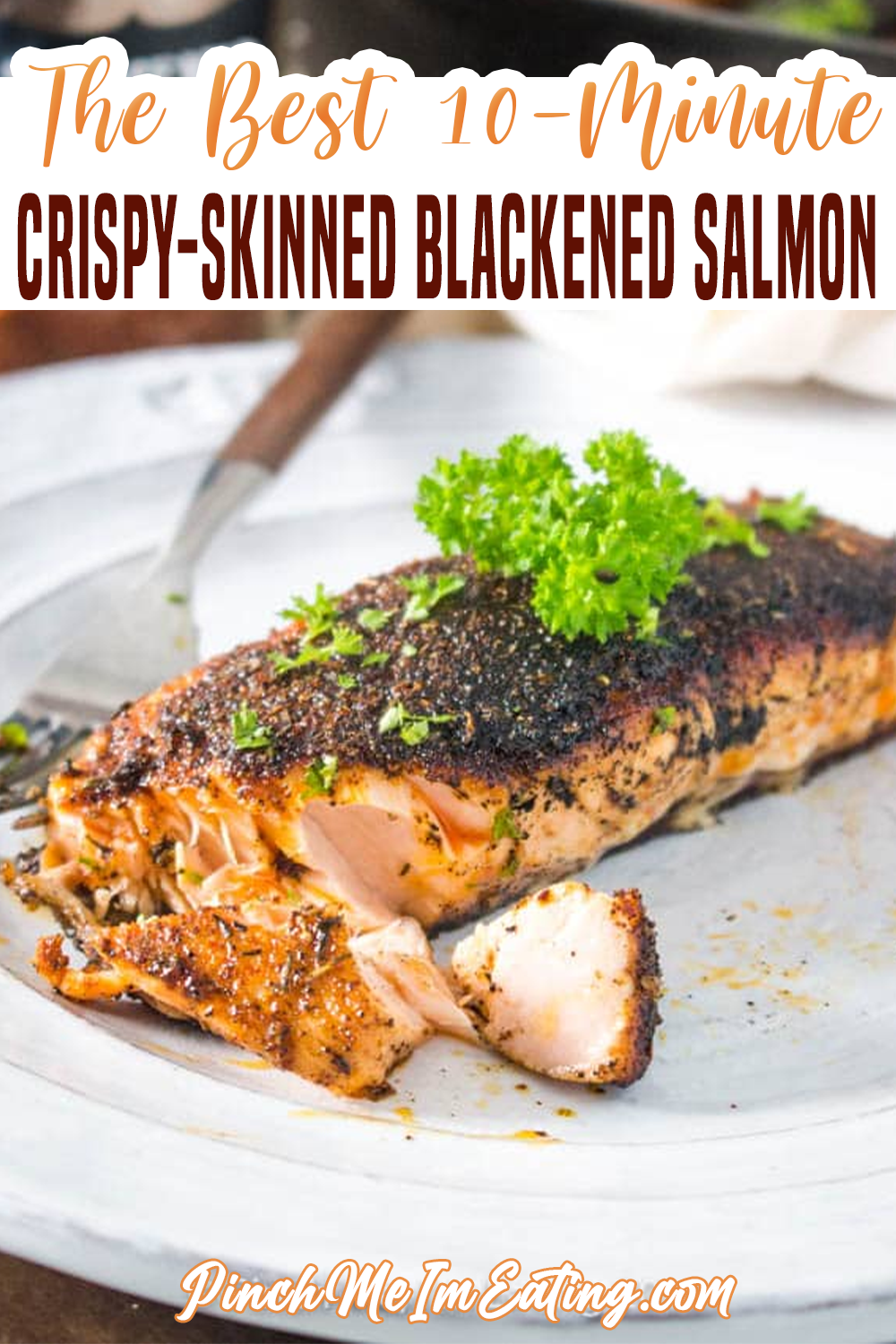 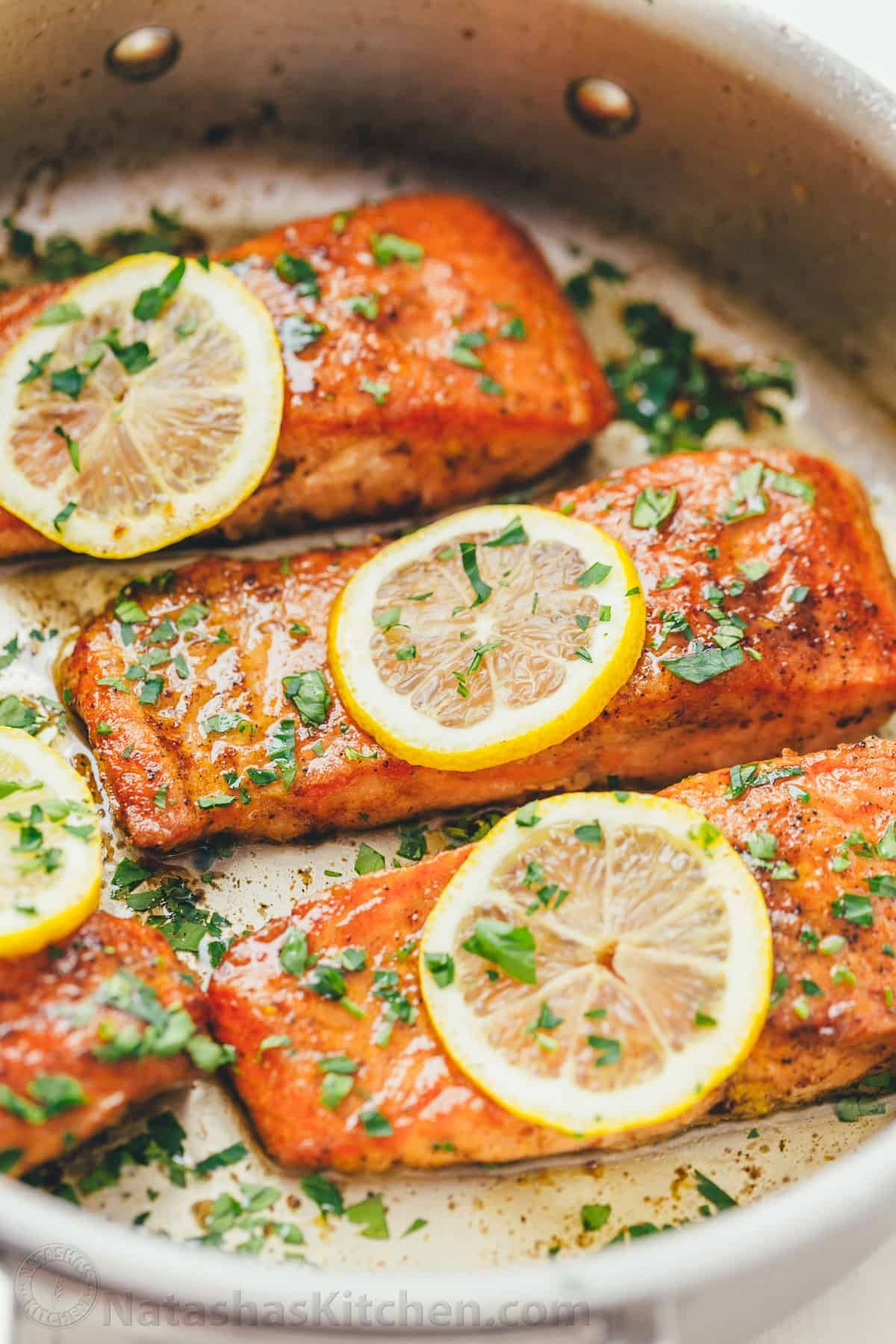 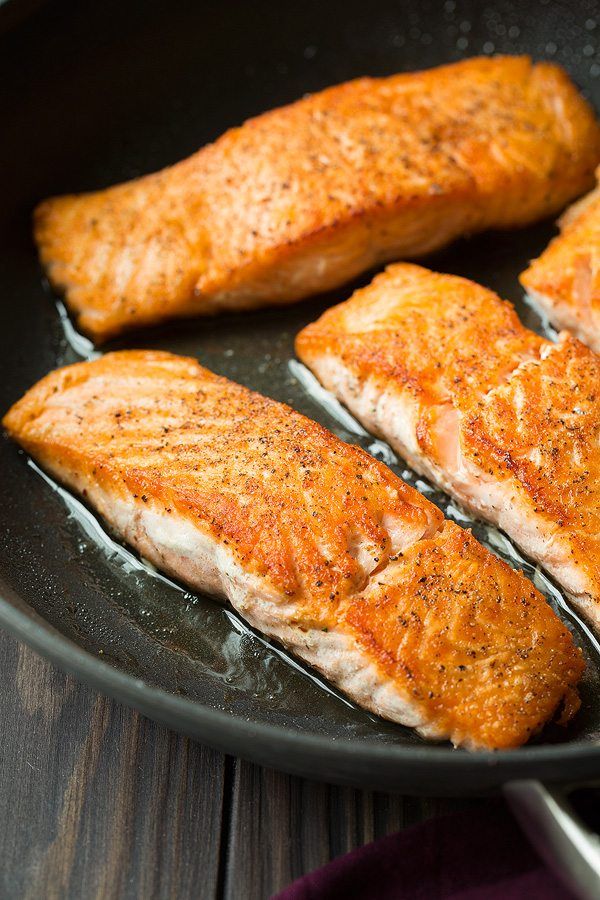 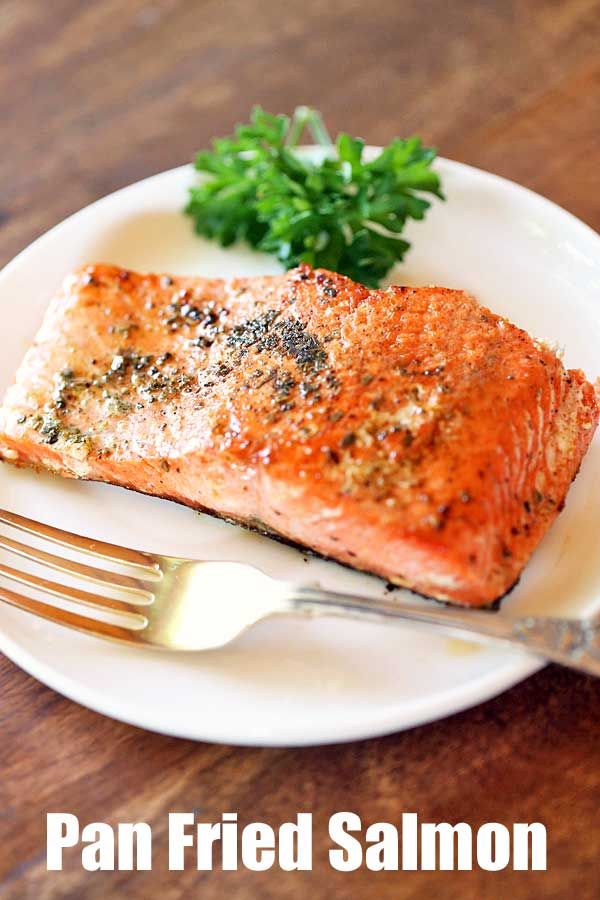 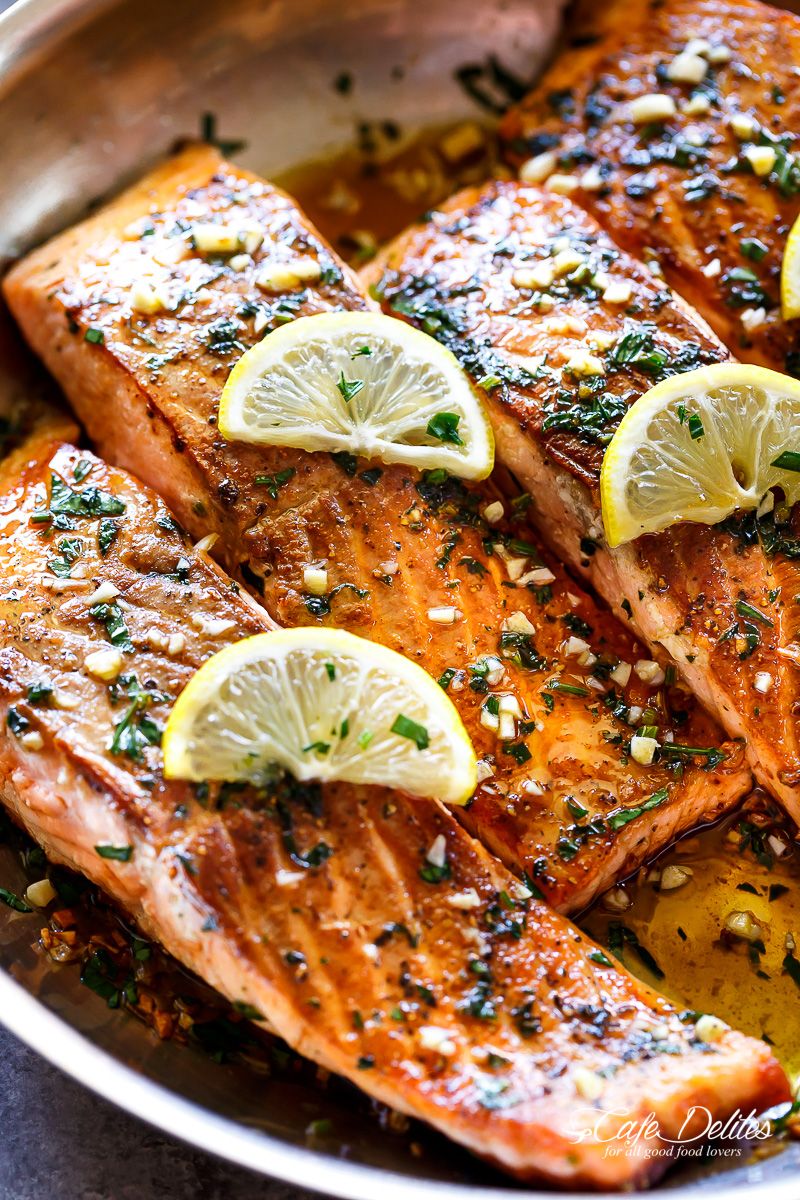 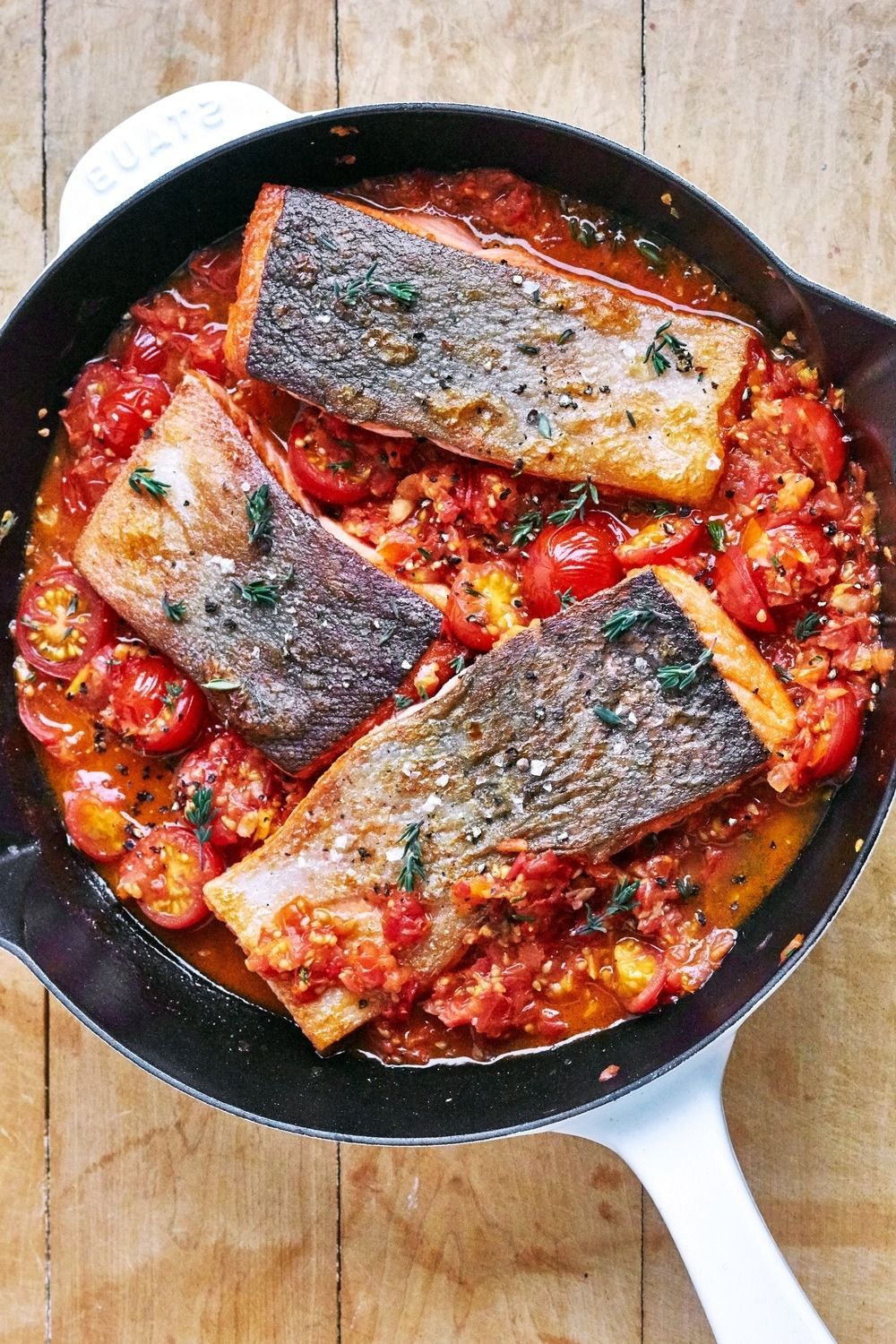 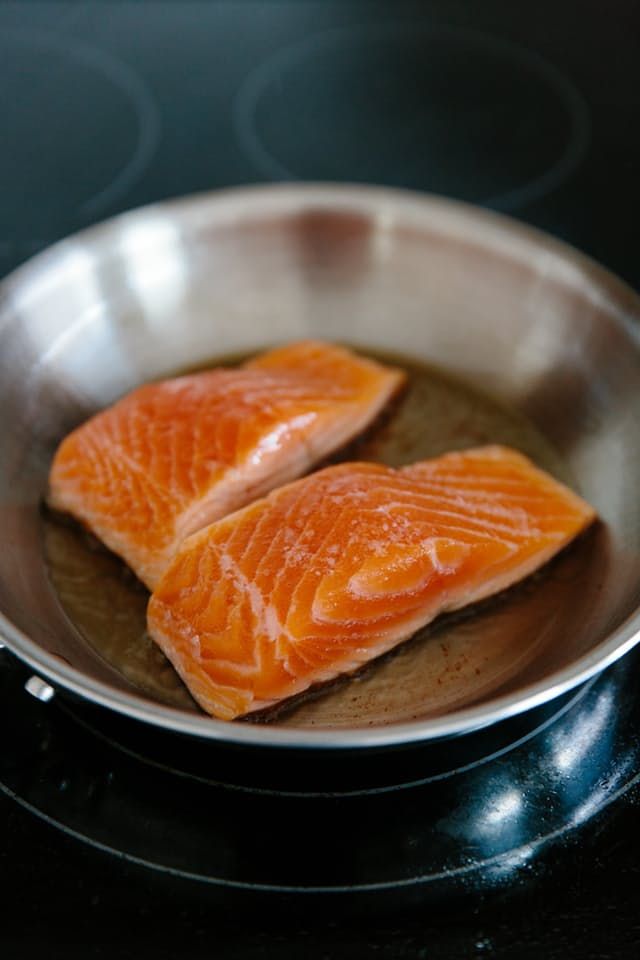 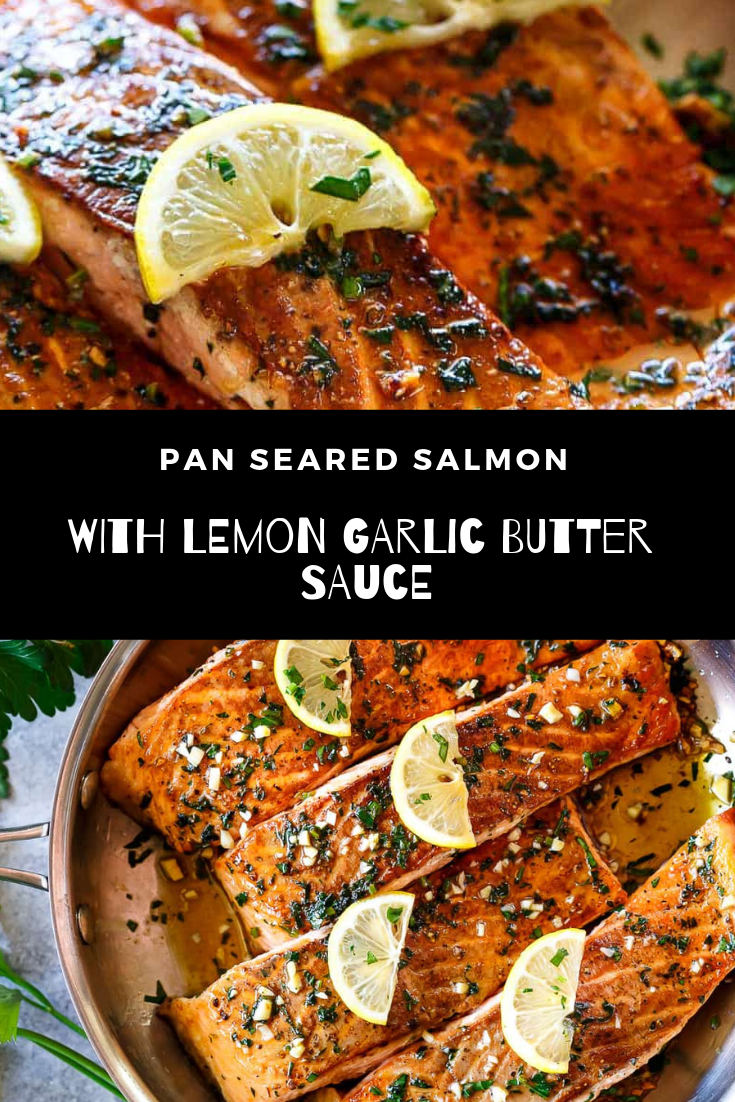 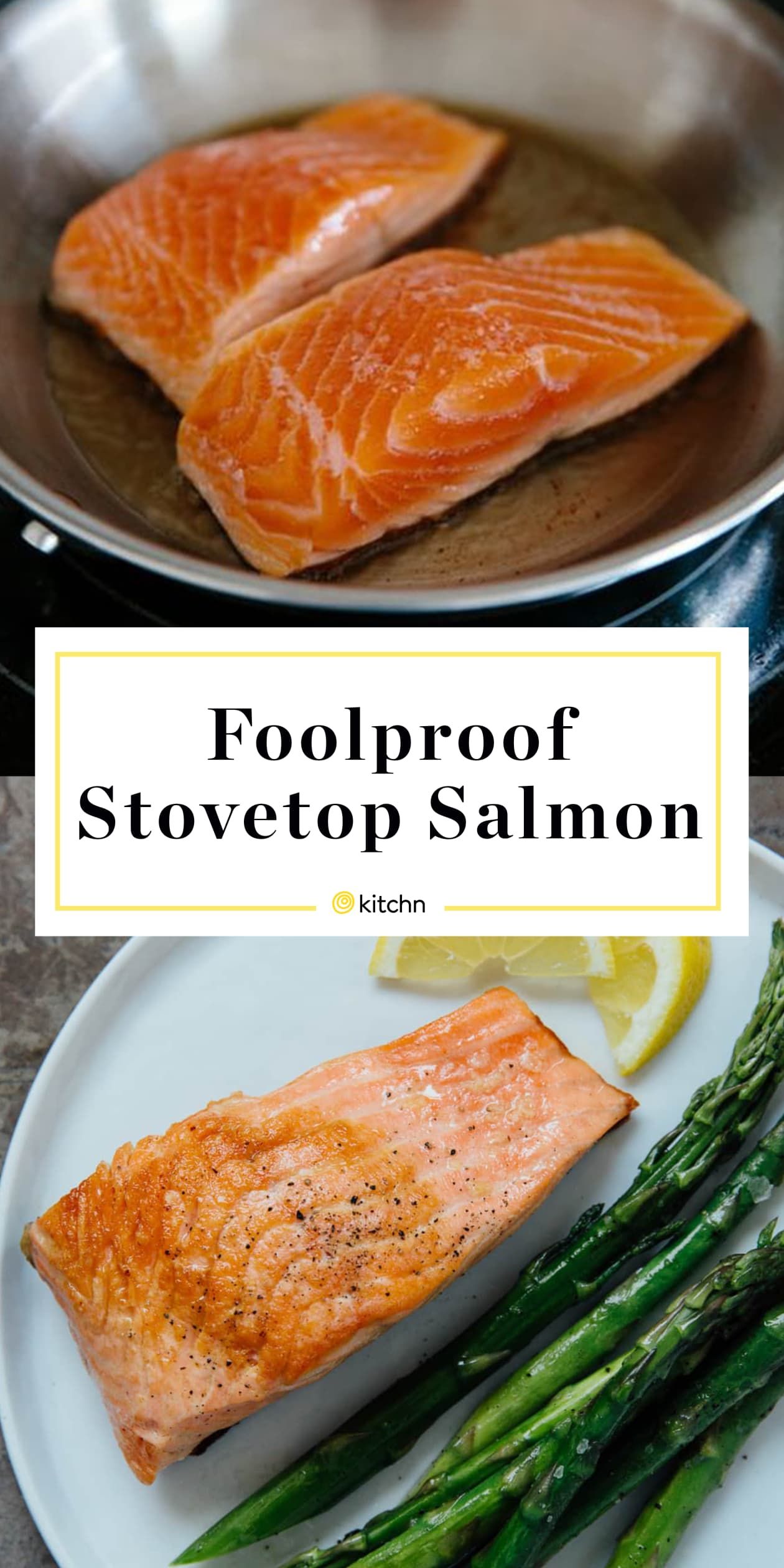 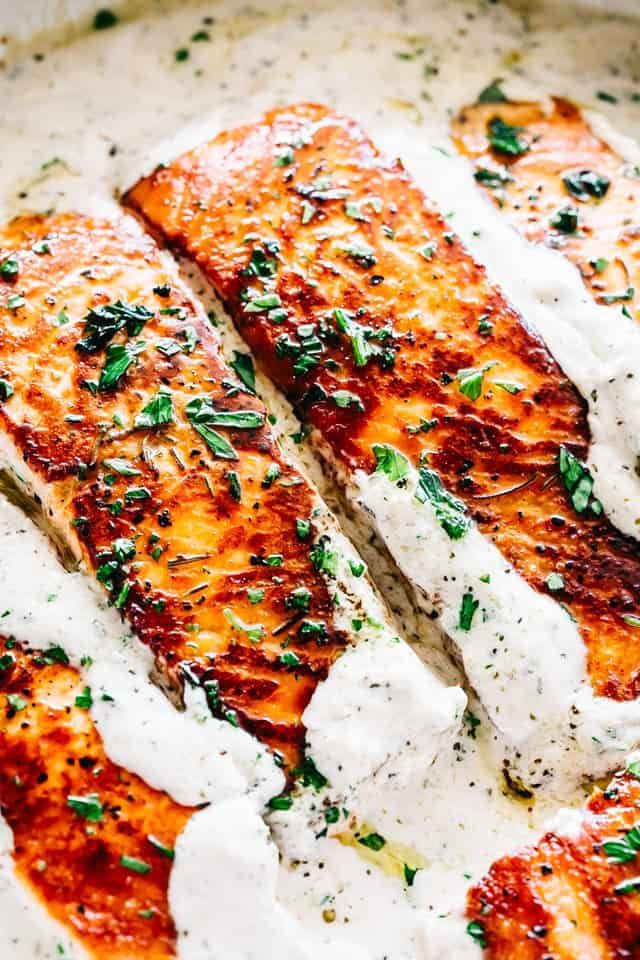